Following is an example of an early 20th century Rhode Island deed, this one recorded in Little Compton, Rhode Island. This will help you familiarize yourself with the handwriting and components of Rhode Island deeds of this era for your house history research.

Know all men by these Presents, that I,
Lydia J. Warner, (widow) of the Town of Little Comp-
ton, in the County of Newport, and State of Rhode
Island hereinafter called the Grantor, in consider-
ation of Twelve Hundred ($,200.00) Dollars, to me
paid by Susan H. Brownell, of the Town, County
and State, aforesaid hereinafter called the Grantee,
the receipt whereof is hereby acknowledged, do
hereby give, grant, bargain, sell and convey unto
the said Grantee and her heirs and assigns
forever.       A certain lot or tract of land with
all the buildings and other improvements thereon,
situate in the Town of Little Compton, R.I. and
known as the Isaac S. Brownell Homestead,
Bounded and described as follows, viz: —
Northerly and Easterly by land of Izabel De
Silveera; and Southerly and Westerly by a
Highway. Said lot contains a about two acres

State of Rhode Island. }
County of Newport.     }
In Little Compton on the second day of March
A.D. 1907, before me personally appeared Lydia J. Warner,
to me known and known by me to the party executing
the foregoing instrument, and the acknowledged said
instrument, by her executed, to be her free act and deed.
John B. Taylor, Notary Public 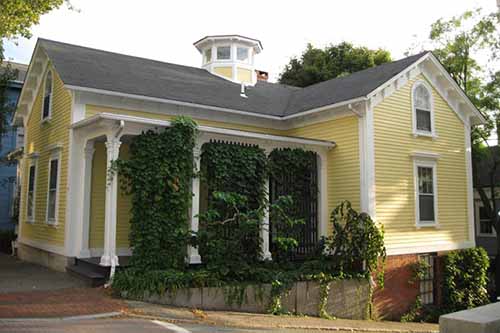 Last night I had the opportunity to walk along Benefit Street in Providence, Rhode Island. This was the first time I’ve ever done this. Benefit… 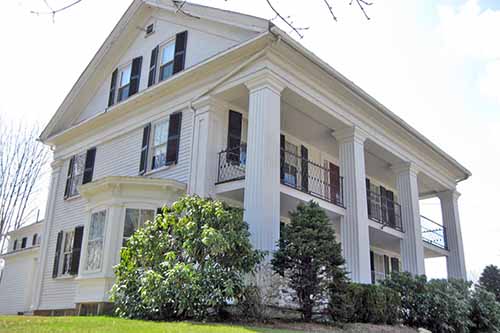 So you’re all excited to research the history of your house! You’ve seen an 1855 map with your house on it as well as the… 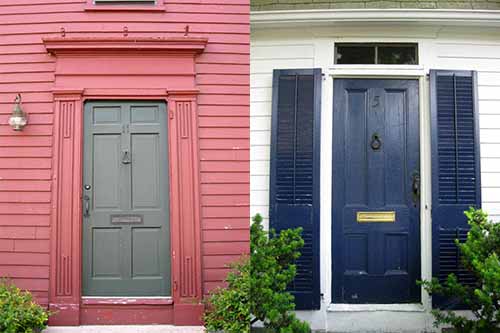 A continuation of the beautiful doors of Wickford… Click here to see part one. 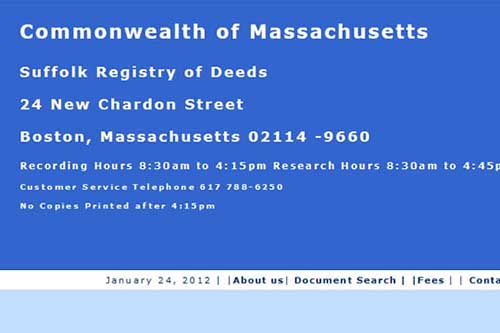 Suffolk County, Massachusetts deeds can be a challenge because they are spread across three different locations in Boston. Only two of the locations have indexes… 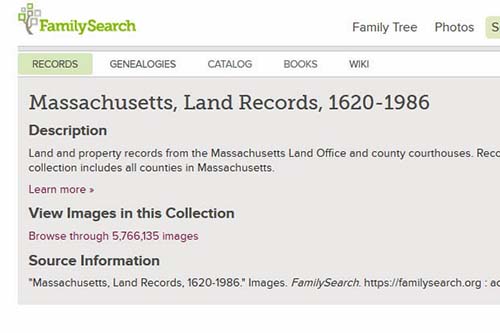 A terrific event has made house history research on historic Massachusetts houses even easier! It used to be that you could do research online on… 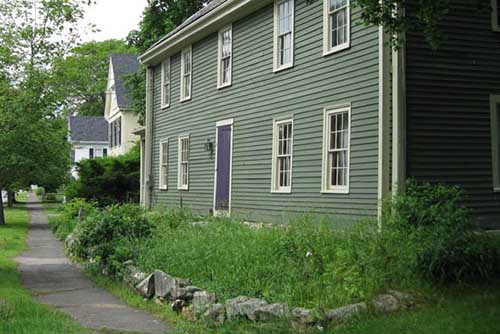 How long it takes to research the deeds to your house can depend on a number of factors. The most obvious being the age of…