Local town history books can be a great source for information when you are researching the history of your house. Towards the end of the 19th century town and county history books were very popular. Many were created and you will likely find one, the other or both for your area.

Local town history books not only provide history of town events, they often also included biographies of current  residents and genealogies of the founding families. Though you might not expect it, these items can provide a wealth of details for your research. For example, consider the book Swampscott [MA]: Historical Sketches of the Town by Waldo Thompson (1885).  Following are a number of details I culled from it about local homes and home owners.

Note: items in brackets [ ] are not original text but added to facilitate context.

While this doesn’t tell you the exact location of the Mudge estate it is probably easy to find out. If the old farm-house is still there then this helps date it to the early 1800s. Check to see if the old elm tree still stands.

Again, no street address but other records or even a different chapter in the same book might reveal where Rowe farm is located. Rowe farm, if still standing, could go by the same name today.

Captain Nathaniel Blanchard – “When he built his brick house, the first in town, he went out fishing one morning in his dory, caught a load of fish, took them to Boston, sold them, and came home with the dory laden with stone caps, which were placed over the windows in his new house. His widow still lives [in 1885] in the brick house on Humphrey Street.”   (p. 174)

It is extremely helpful to know this was the first brick house in town. And such specifics about the source of architectural detail on the house is a real treasure. Do you live in the old brick house on Humphrey Street?

William Marshall – “lived in the Marshall House, on the Point. Daniel Webster was at one time his guest.” (p. 176)

If you live in the Marshall House on the Point, you would likely be delighted to know that Daniel Webster was once a guest. That would also increase its historical significance.

Learning that this house was the first house on Blaney Street is very important. Knowing the values of land in 1845 vs. 1884 will be of interest to all Blaney Street home owners.

Dr. J.B. Holder – “He built a pretty cottage, with diamond-shaped windows, adjoining what is now [1884] the summer residence of Charles E. Morrison, on Winnepurkitt Hill.” (p. 177)

For a home owner who would like to place a marker/plaque on their home, this provides the critical information regarding the first owner/builder.

John Chapman – “a well-known house carpenter; has built many first-class houses during the past forty years.” (p. 181)

Though not in reference to any particular house, this is none-the-less helpful in identifying the builder of numerous homes between 1845 and 1885. If several “John Carpenter” houses can be definitively identified through other records then that can lead to uncovering others by comparing style and architectural details.

Check your local library to see if you can find late 18th century town or county histories for your region. If you’ve already traced the deeds to your house, then locating the name of a former owner will be easy. You may be able to unearth new details about your own home.

Note from an anonymous commenter:

The “old farm house” on the Mudge estate, is the one pictured in your blog, only now at its new location (moved ca. 1925) on Paradise Rd.

The Rowe farmhouse still stands, a saltbox on Humphrey Street, near the Marblehead line.

Nathaniel Blanchard’s brick house was torn down long ago. The local Roman Catholic church built a school on the property.

Another book on Swampscott was written in the 1930s, “Uncle George’s Story” by George Gilbert, that gives even more detail regarding the 19th century residents of the waterfront and dowtown area of Swampscott.

Suffolk County, Massachusetts deeds can be a challenge because they are spread across three different locations in Boston. Only two of the locations have indexes… 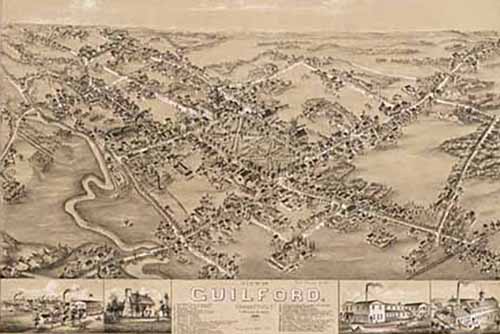 Maps are a great tool for house researchers, especially when dealing with missing records or those that are hard to find. Maps can show old,… 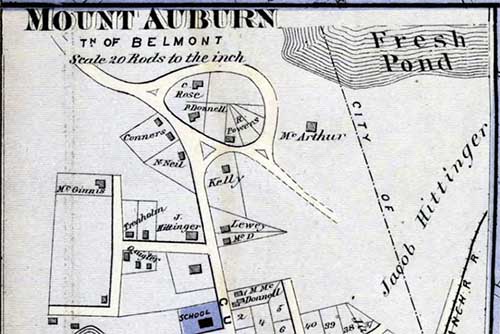 Finding maps of your town is one of the most helpful activities when researching the history of your house. Maps can help fill in the… 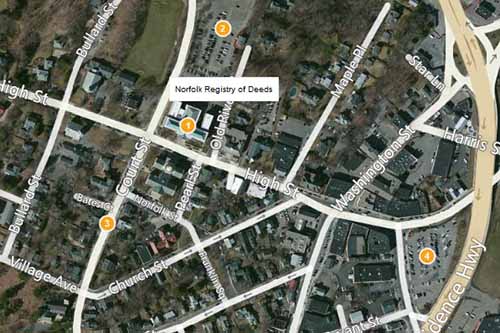 Before I’ll take a trip anywhere I want to know my parking options. That comes after years of living around Boston and having to fight… 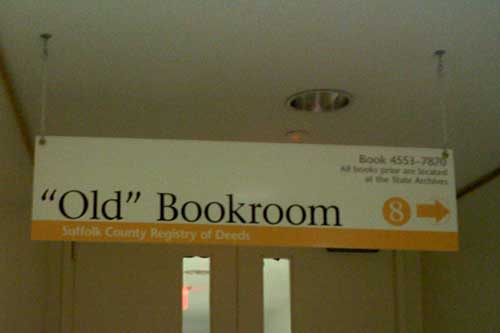 If you thought finding online Deeds for Suffolk County, Massachusetts was difficult, wait until you try to find the deed books. I’m going to presume… 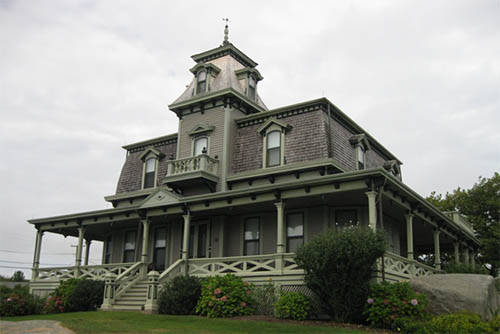 Last night I had the pleasure of presenting a talk to the Westport, Massachusetts Historical Society. The talk was called “Researching the History of Your…